There are many books, websites and even exhibitions devoted to the carpets woven in the part of the world which is now known as Turkmenistan.  The great Turkmen carpets, however, were woven prior to the advent of the former Soviet Union.

The art and craft of carpet-making in Turkmenistan fell significantly because the Soviet Union moved weavers into cooperatives, a system which was continued by present-day dictators.

There are, however,  a significant number of Turkmen doing good weaving in other countries, primarily in Afghanistan.  They are carrying on their tribal traditions and even moving into new designs. 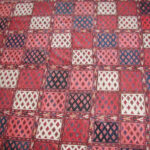 A Turkmen Main Carpet from the 19th Century.
© Sharon Lundahl 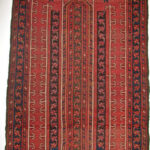 A Turkmen Prayer Rug from the 19th century.
© Sharon Lundahl