We invite you to visit our collection of 19th century wedding caps from Kyrgyzstan and to marvel at the incredibly fine embroidery, primarily of red silk.

The hats were also decorated with ribbons, buttons and small silver balls, all of which had a protective symbolism. The hats have a long tail, worn over braids of hair, and unfinished tops which were covered by a wrapped turban.

During the Soviet era, women were prohibited from wearing their traditional hats, which had been an important symbol of Kyrgyz culture. 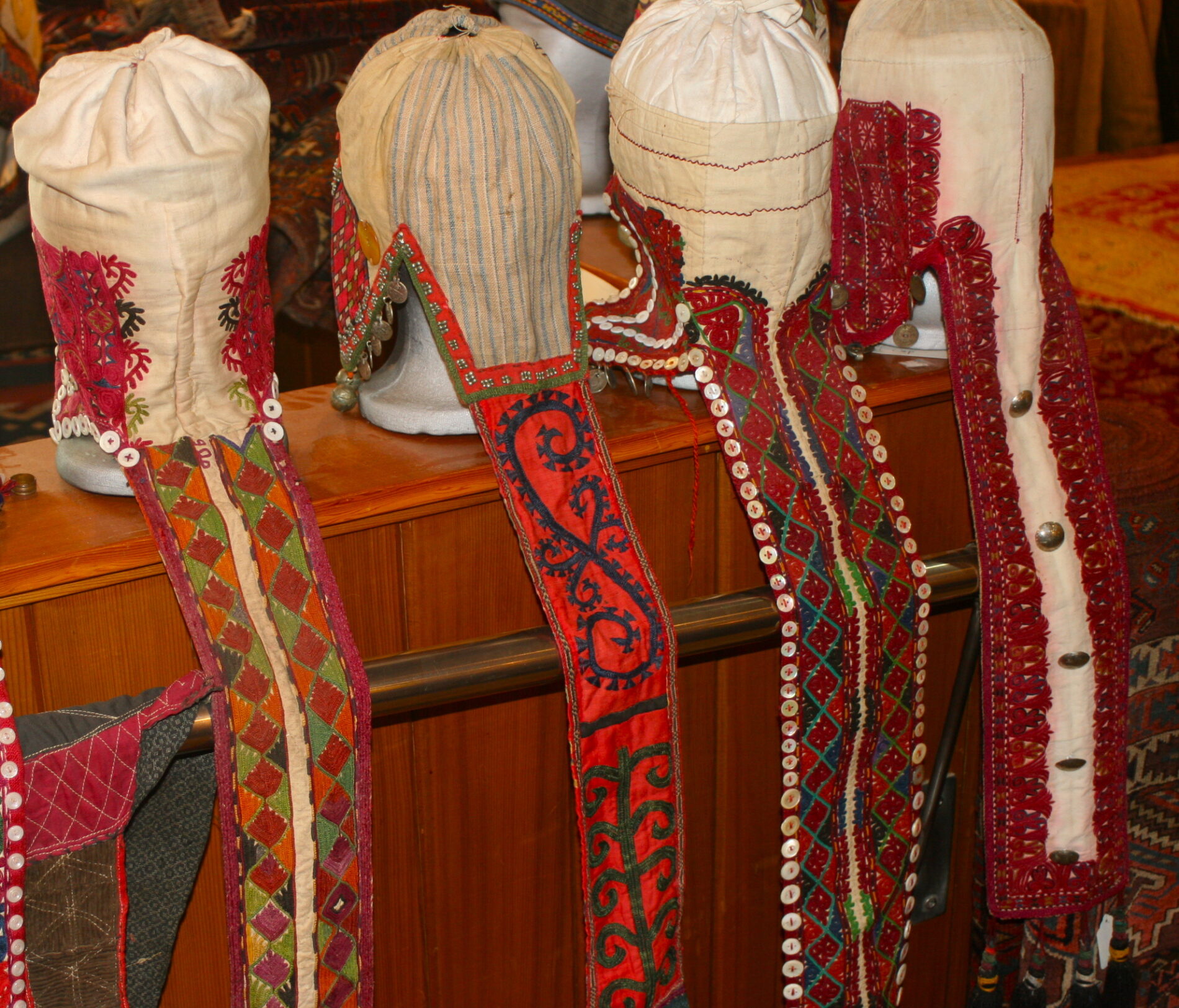