“Suzani” means “needle” in Farsi, and this word is used to describe the magnificent, often very large, embroideries from Central Asia, primarily Uzbekistan.

In the 19th century, women from Uzbekistan embroidered fabulous hangings to separate the sleeping alcove or to decorate the yurt, bed and table covers, wrapping cloths and even prayer mats.

The bride’s dowry for her wedding always included these suzanis, as many of the symbols used were said to possess magic powers to ward off evil spirits.

The bride was brought to the groom’s home hidden under her embroidered veil, and their bed was adorned with suzani bedspreads and wall hangings. 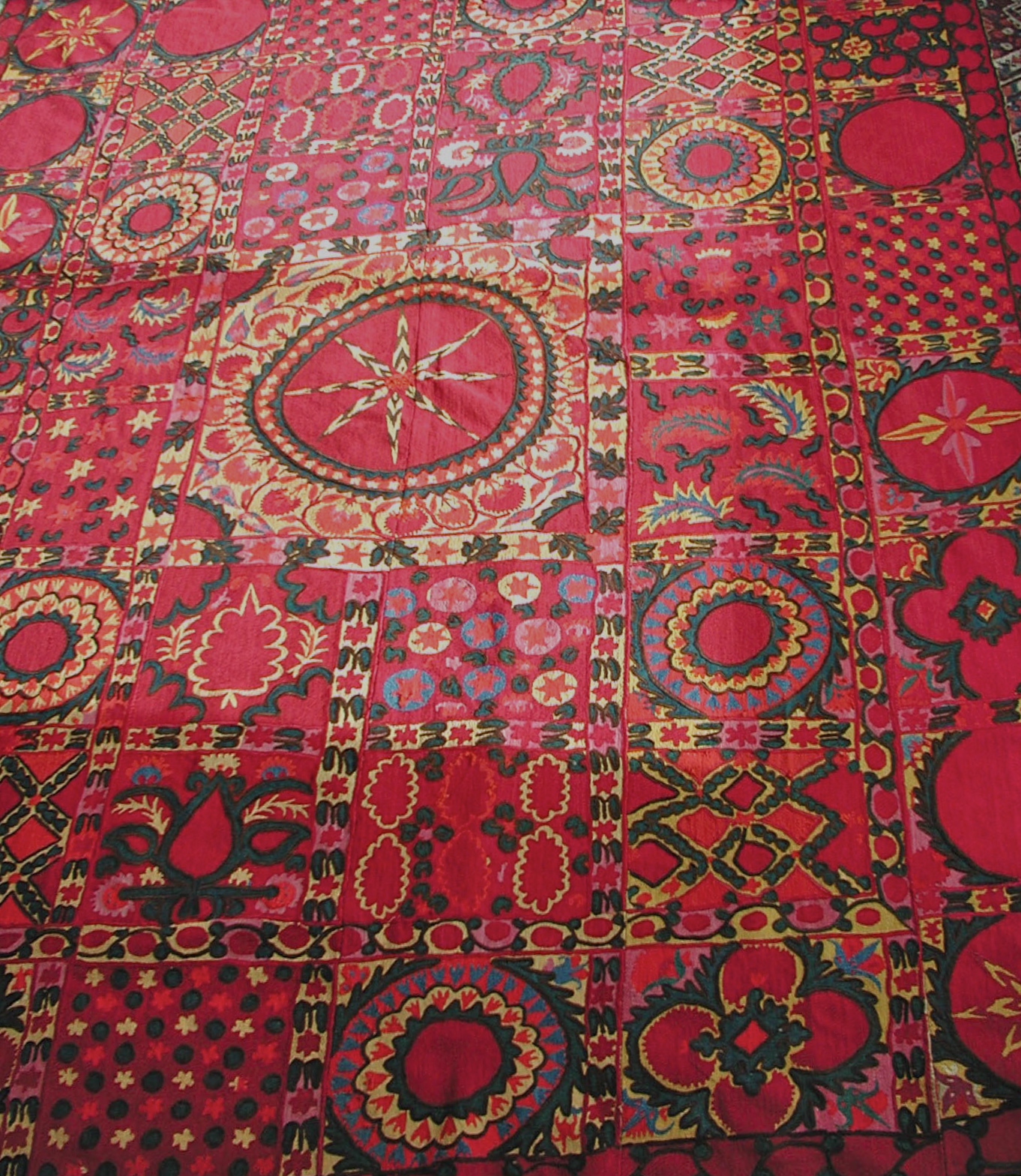 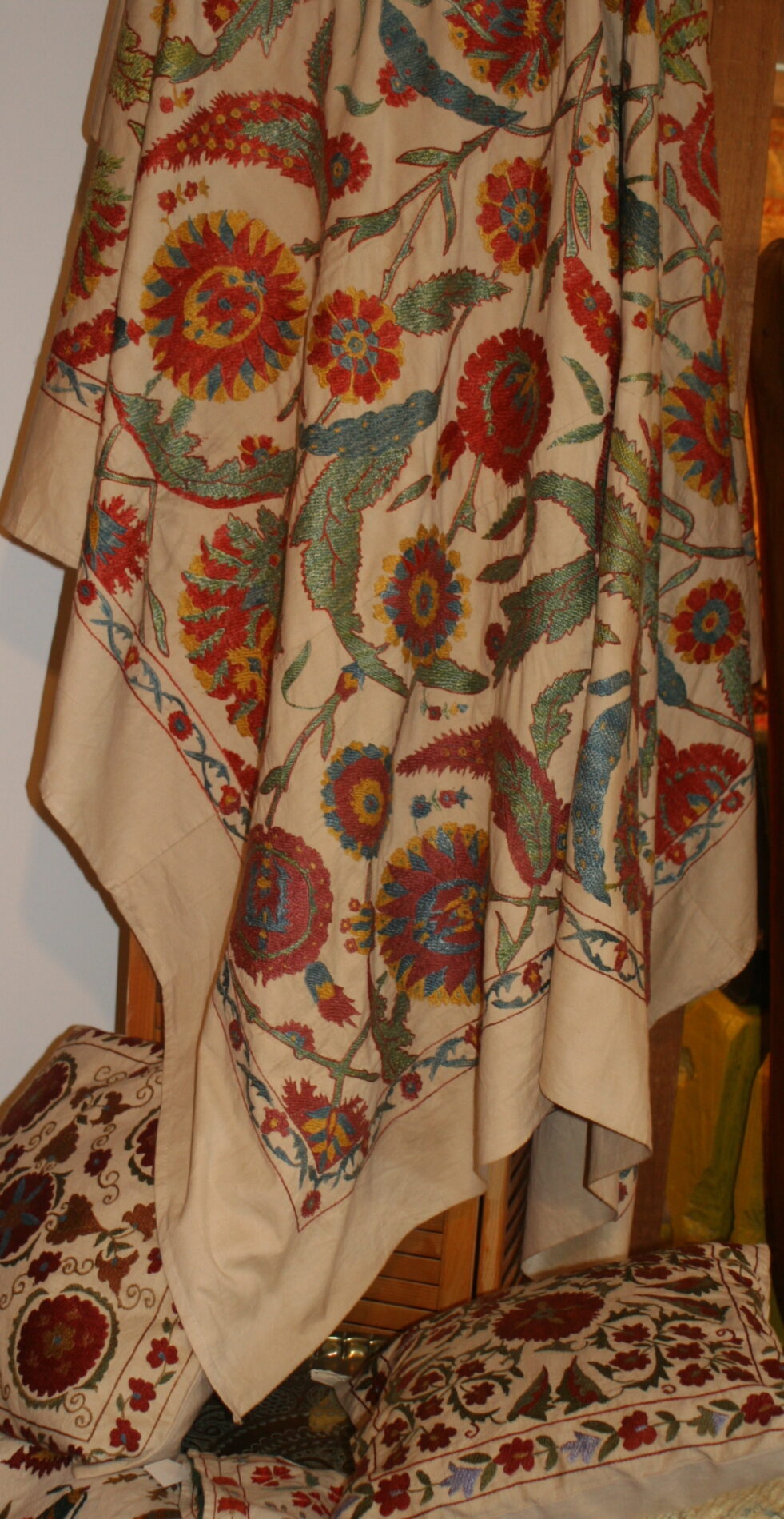