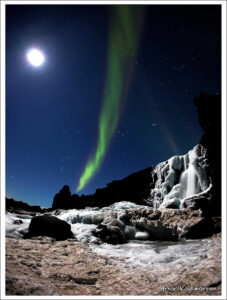 When we make our return trip to Iceland, there are many things we don’t want to miss.

Within a week or less, you can explore  geysers, waterfalls, geothermal hot springs, boiling mud pools, bird sanctuaries and more!  We also want to have more time in Reykjavik, the world’s northernmost capital. 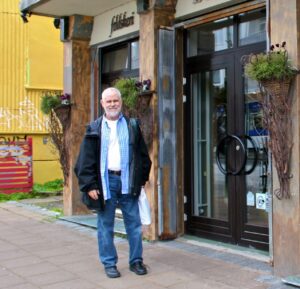 Iceland is a very young country, geologically speaking.   Its creation, which continues today, began less than 20 million years ago.  Volcanic eruptions on the bottom of the Atlantic Ocean created a mountain extending above sea level, which is the island of Iceland.  That is why the volcanic character of Iceland results in so many unusual beautiful natural sites which you can visit and explore with a camera.  You can see volcanoes, mountains of pumice, fields of volcanic ash, lava fields and craters. 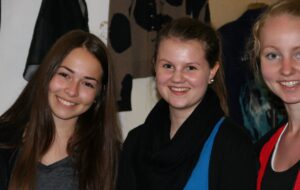 As Iceland is far north, you can also see interaction between volcanic activity and water or ice.  Visit Kverkfjöll, where hot springs rising beneath the Vatnajökull glacier have made beautiful ice caves.  Ten per cent of Iceland is covered with glaciers, which are naturally white.  When volcanic ash has fallen you will see black or layers of white and black.  When the glaciers retreat, you can see fantastic lakes with floating icebergs such as the Jökulsárlón glacial lagoon. 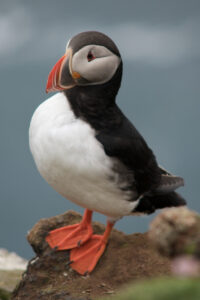 Puffin on the Látrabjarg Cliffs. © Kendrickhang_flickr

As Iceland is very young, there are few insect species and only a small number of wild mammals, most of which were introduced by man.  Bird species are increasing, as the birds discover Iceland.  You can’t miss a visit to the northern birds such as the puffing and the ptarmigan.

The legendary first settler, Ingolfur Arnarson, in about 874 AD,named the settlement Reykjavik (“Smoky Bay”) because he saw misty geo-thermal steam rising from the ground. 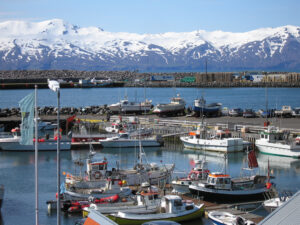 Today it is a major source of energy, as this pollution-free energy source heats homes and outdoor swimming pools throughout the city.

Visit Reykjavik in the spring for their Arts Festival or in the fall for the Airwaves Music festival.  We also want to see a performance in the new Reykjavik concert and Conference Center.  If you like to stay up late, summer brings 24-hour daylight.

Take a swim and a steam in the beautiful Blue Lagoon! 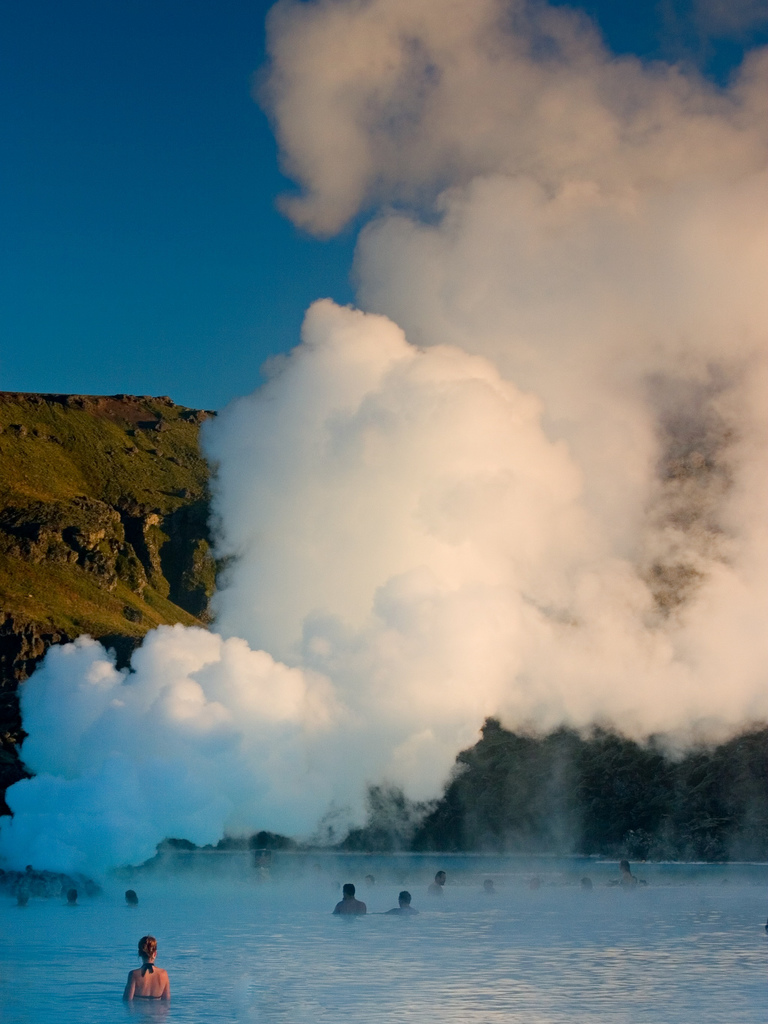