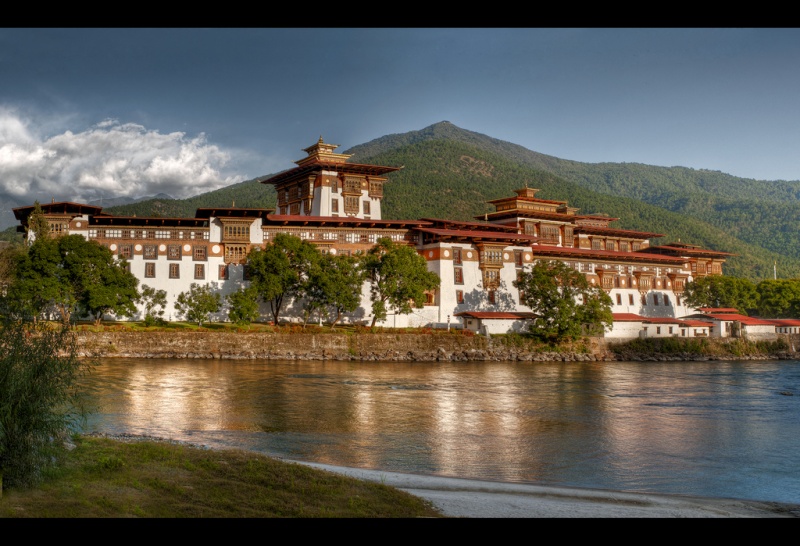 Our earlier blog talked a bit about Bhutan and how to get there. The latest government pro-tourism project is called, “Why not Bhutan?” The tiny country is now pretty well set up for “high value” (or high cost) and low-impact tourism. 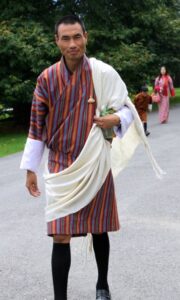 A variety of tour companies run treks in the country, though no mountaineering is allowed…in respect for the deities who inhabit the 7,000 meter peaks.

We decided on the more usual visit of hitting the three main tourist spots, all centered around western Bhutan. Although the three–Paro, Thimphu and Punakha–look on the map as close as Tampa, St. Petersburg and Clearwater, Florida, the serpentine mountain roads connecting the three means it takes hours to get from one to the other. 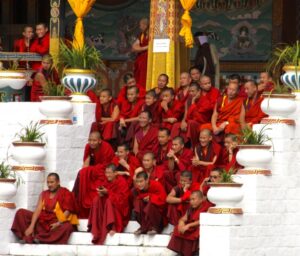 The sites to see are temples, monasteries, stupas, palaces and fortresses, as well as the various locations where famous holy men fought demons over the centuries. Bhutanese names, titles and words in general are at first almost indecipherable to outsiders. The Tibetan-like language of Drukba is written in Sanskrit letters, but even in English script is still confusing.

The dozens of “dzongs”, the often huge ancient buildings spread around the country, begin to look similar with their massive battlements and uniquely Bhutanese architecture. These have always served dual purposes of religious centers and administrative centers due to centuries of attacks between neighbors and from Tibetans and other invaders. 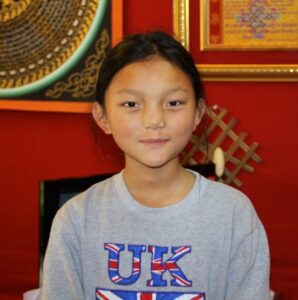 What makes them most interesting is that they are not empty antiques, but are living, purposeful places filled with Bhutanese government workers, religious workers or simple local people doing business. In Paro we saw what we thought was a huge dzong, along with a big watchtower which now houses the national museum. Turns out it was the smallest dzong we saw.

Driving to Thimphu, the 100,000 population capital city, we found a burgeoning city filled with new apartment buildings, all built with Bhutanese architectural shapes, along with new buildings for modern democratic institutions like the parliament and supreme court. 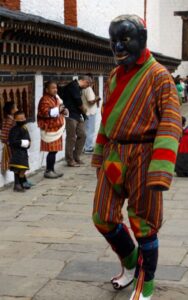 Still there, however, and still impressive, was the largest dzong of all, which is the Bhutanese white House, Washington Cathedral and government office buildings all rolled into one. There were lots of tourists, many of them local Bhutanese in national dress, who watched dance performances of the elaborate costumed mask dances in the huge courtyards.

We moved on over rough and muddy mountain roads and one high pass to Punakha, the old capital where the dzong was almost as impressive as Thimphu’s. With the government activities moved elsewhere, this dzong was primarily used for religious activities and was filled with chanting monks. Nearby we watched an impromptu archery contest between three teams of men which served as much a social activity as a sporting activity. 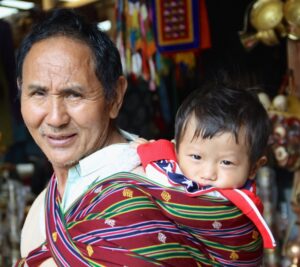 We did see strictly religious locations as well. In Punakha we visited a famous temple, the Chimi Lamphang, where childless women have gone for centuries to pray for a child. A recent “Modern Love” story in the New York Times recounted a New York woman’s successful visit there.

In Thimphu we spent an hour at the newish Memorial Chorten where dozens of elderly locals came every day to do a few perambulations of the stupa and hang out with their friends. Free lunches are served, and the place seemed as much like a community center and park as a religious site. 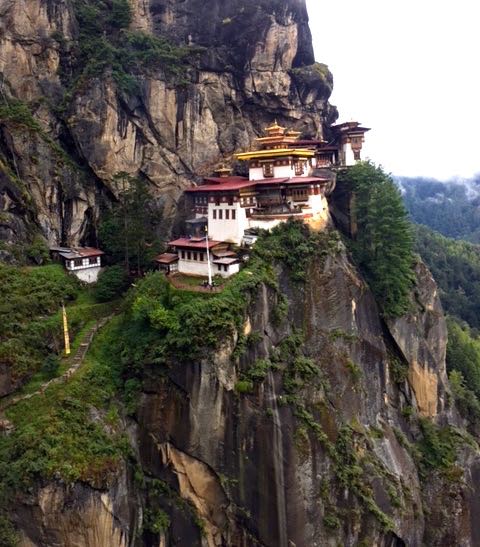 Fred Hiked up to the “Tiger’s Nest”. © Fred Lundahl

Love the photo of the Mona Lisa child. Sound like a fascinating trip.

The Rosenbergs visited and climbed to that monastery, so beautiful and a good hike. Butan was featured in the New York Times travel. Id love to see it.

Hi, so glad you enjoyed Bhutan. My favourite country, so beautiful and kind. maybe you also enjoyed our book: ‘Bhutan Heartland’ (Fremantle Press, 2010). We live in Shenton Park!
Found this site when researching my afghan rug (bought there in 1970. Aren’t we lucky visiting these places .
regards Libby