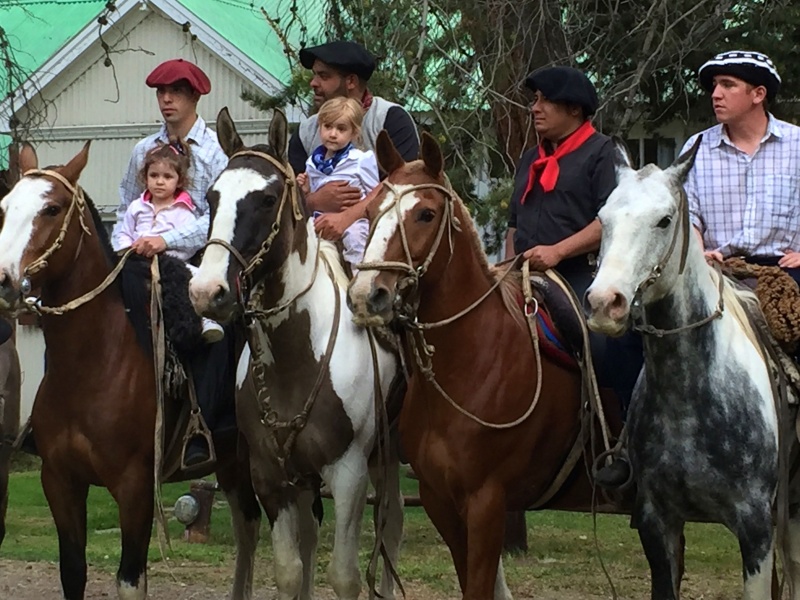 Argentina’s vast plains–the green pampas in the north, and drier steppes in the south–are similar in many ways to the American west.  They have spawned a historic horseman culture not unlike our own. 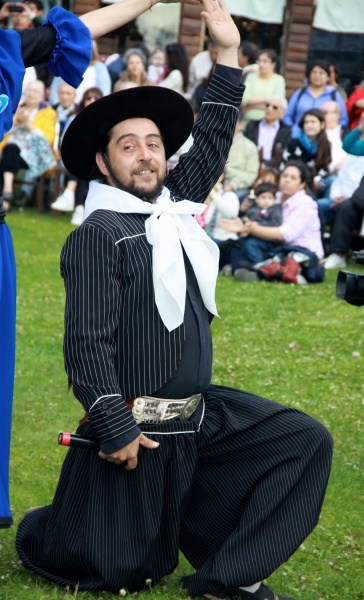 Before we visited Patagonia, we knew a little of the Argentine gaucho culture, horsemen who herded cattle and other animals, using weighted ropes called bolos, rather than lassos, and who had their own unique costumes and horse tack.

We were charmed by this vibrant culture.  We had the chance to watch both great feats of horsemanship, as well as their special dancing and singing.  Their costumes have changed little over the two centuries the culture has evolved.  They wear knee-high leather boots tucked into baggy “gaucho pants” and wide belts with sheath knives tucked in the back. 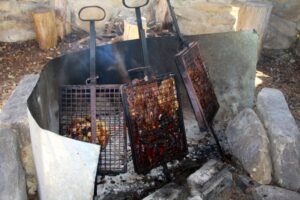 The cowboys ride in their own type of saddles that don’t have the pommel of American western saddles.  Their crops are huge paddle-type riding crops call “guechas”, in place of our smaller types they call “justas”.  Their stirrups, bridles and elaborate spurs are often beautifully crafted in silver.

Interestingly, we found that their flat-brimmed felt cowboy hats – a bit similar to our own older type pre-Stetson cowboy hats –  have largely given way to a knit beret called a “boina”, which they usually wear like our golf hats, rather than like French berets. 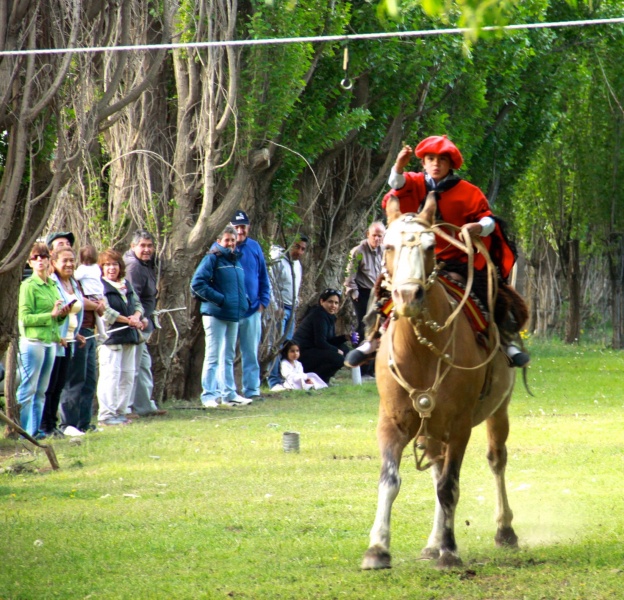 We watched some wonderful line dancing in traditional costumes and saw some amazing horsemanship contests in Argentina.  Participants of all ages raced along a course with a stick in one hand with which they tried to spear a small ring hung on a string.

Most unique and different from our own rodeos were the gaucho’s traditional “Jineteadas” horsemanship shows that are put on around the country in rural areas.  These rodeos are all about horses.  There is none of the calf-roping or bull riding of our own.  Instead there are incredible rides on unbroken broncos. 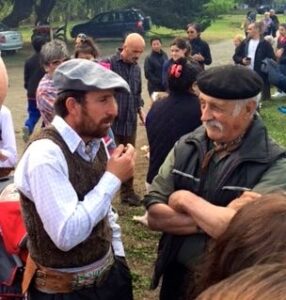 Now there is a push by many aficionados to make the jineteadas a national Argentine sport on par with soccer.

Not to be overlooked, in Chile the skilled horseman, similar to the American cowboy and the Argentine gaucho, is called the “huaso.”   They are found all over southern Chile and have become a symbolic character of the Chilean countryside.   The main difference between the gaucho and the huaso seems to be that the huaso is involved in farming as well as cattle herding.

Huasos also are important in Chilean culture and folklore.  Travelers can see them in fiestas and parades, as well as at work on their ranches.

Another ubiquitous gaucho one sees everywhere in Argentine countryside is at the roadside shrines to “Guachito Gil”!   He was a mid-19th century cowboy who, legend has it, kindly healed the sick daughter of the man who was putting him to death. 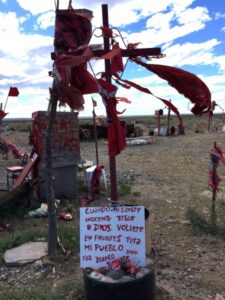 These roadside shrines are filled with small gifts and requests for Gauchito Gil’s intervention and help in everything from speeding tickets to school exams.

We seldom saw a car, truck or bus in the countryside that did not have a Gauchito Gill talisman hanging from the rearview mirror.  We now hang one in our own truck on Whidbey Island…and have not had a repetition of earlier deer collisions…thank you Gauchito Gill. 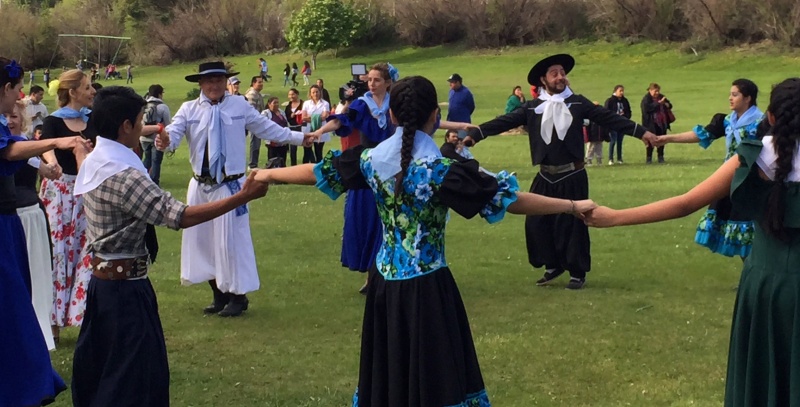 Pretty cool experience and well told at that. Thanks Fred

Hi Fred, good to see that you and Sharon are well and still enjoying life. I am recovering from a stroke since 2012, and really enjoy your accounts of your travels. Our daughter lives in Seattle and I just discovered that she has visited your store during her visit to Widby Island.

Hi, i will be in the area soon and would love to know where you saw authentic gaucho culture and Jineteada. Any tips would be great, as I am fascinated by the culture, but am having trouble finding out how to see it first hand. Please feel free to write to me at nicholas.lw.vitiello@gmail.com. Thanks