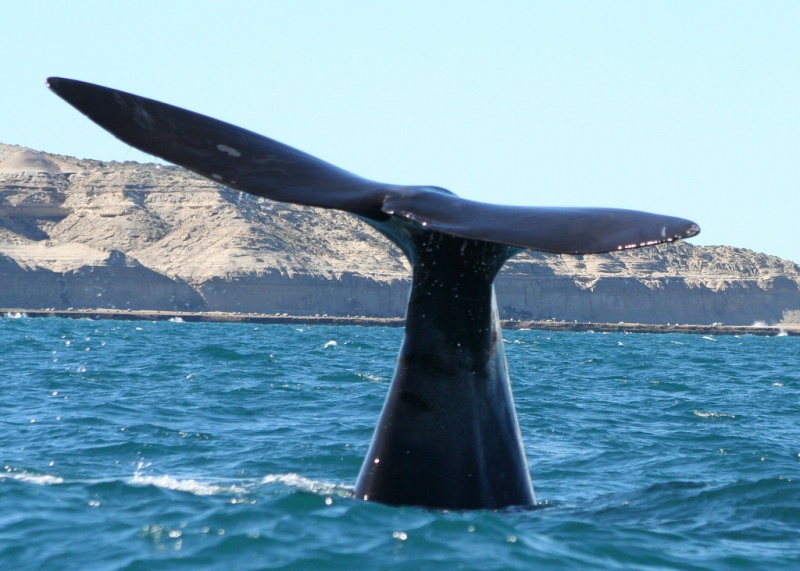 We love whales.  We live in Langley on Whidbey Island and regularly see both Orcas (Killer Whales) and Gray Whales from the deck of our house. 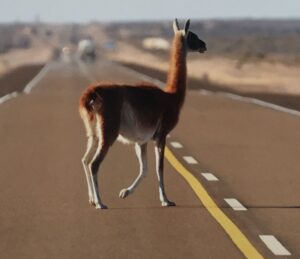 A Guanaco on the Road to Peninsula Valdes. © Fred Lundahl

We are involved in Orca Network’s Langley Whale Center, and haven’t hesitated to travel to see whales in Maui, Mexico, Oregon and Maritime Canada.  So it will be no surprise that one of the reasons for the Lundahls visiting Patagonia was for the chance to see whales on the Peninsula Valdes. 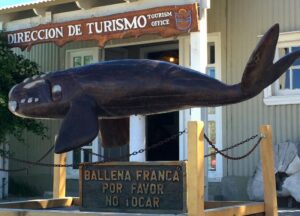 Seeing whales is all about catching them at the right spot during their annual migrations.  Unfortunately our November time frame was too early in the year to visit the humpbacks who frequent the Cape Horn area in austral summer (our winter), but we hope to go back sometime in January-February.  Also especially interesting for the future was news of the Chilean government establishing the world’s first Blue Whale sanctuary in southern Chile.  In a couple of years it ought to be possible to take whale watching trips into that area to see the world’s biggest creatures. 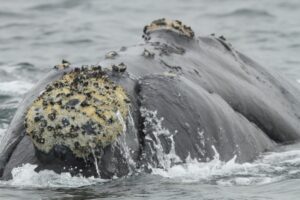 Our biggest delight on this whole trip, however, was the chance to visit the world-famous (at least to whale lovers like us) whale sanctuary at Peninsula Valdes on Argentina’s south Atlantic coast.  Here is the gathering place for the world’s last remaining population of Southern Right Whales.  The huge bays on either side of this big peninsula are home from June to December of hundreds of those whales who mate and give birth in the area’s tranquil waters. 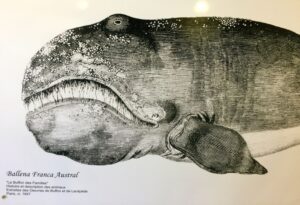 These whales, larger than humpbacks or grays, were so named because whalers considered them to be the “right” whales to kill…as they are more buoyant than other whales and float, rather than sink, when killed.  This biological trait led them to be hunted almost to extinction.  These Southern Right Whales are the only Right Whales left.  There are none in the northern hemisphere. 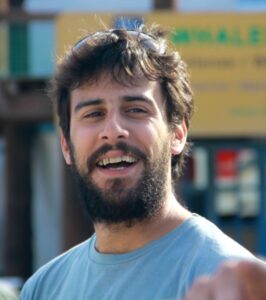 Famed whale researcher Roger Payne (who discovered while doing research in Hawaii that Humpback Whales sing)   was the first to set up a research station here to study Southern Right Whales.

Although mating season was over, and most of the boy whales had departed for their feeding grounds further south towards Antarctica, a number of mothers with calves were still milling around the bay when we were there.  We saw a couple of dozen whales with their distinctive social and feeding behaviors. 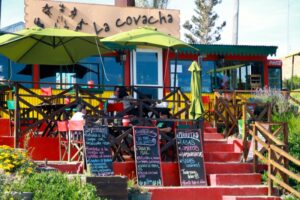 Where We Ate in Puerto Piramide. © Sharon Lundahl

They feed on prey near the surface, so they don’t lunge feed like the krill-eating Humpbacks, nor bottom feed like Whidbey’s Gray Whales.  These whales breach almost as much as Humpbacks, and–being bigger and heavier than Humpbacks–they are even more spectacular when they launch themselves out of the water. 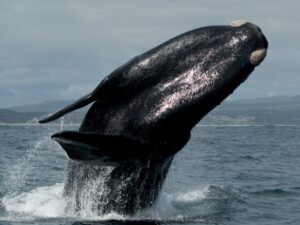 One of the oddest behaviors engaged in by these Right Whales is “sailing” in which they stick their tails straight up out of the water, with their buoyant bodies enabling them to raise the tail quite high.  With their tails held high and stationary, the wind catches the tail surface and actually moves the whale along through the water like a sailboat.

No one knows for sure why they do this.  At first the researchers thought it was some sort of play activity, but more recently they have discovered that it is only pregnant females who engage in this activity.  Perhaps holding the tail out of the water for so long might help regulating body temperature prior to giving birth?

The other reason that Peninsula Valdes is a mecca for whale watchers will be covered in Part Two – Orcas who beach themselves to catch prey.  Tune in for the next blog! 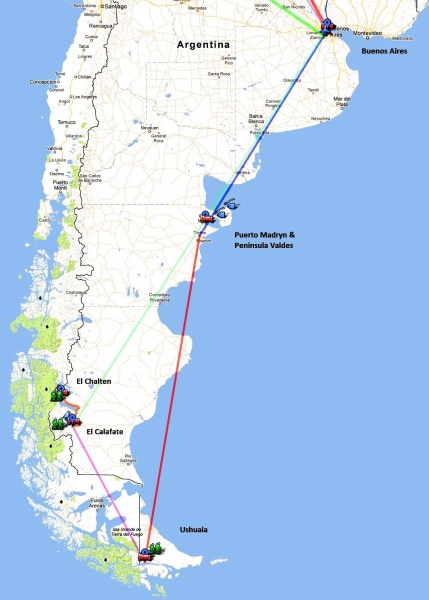 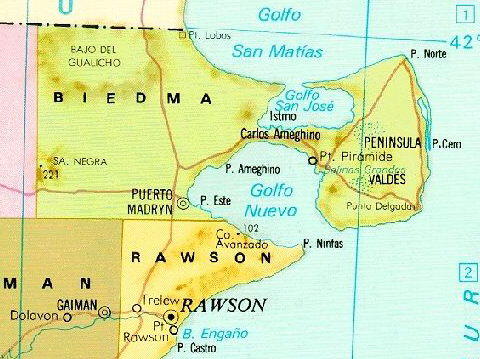 that’s a great story from the ends of the Earth…you two get around! Thank you for sharing your adventures with us.

What great adventures you two keep having!

Jane & I also had lunch at La Covacha when visiting the Peninsula Valdéz & Puerto Pirâmides in 2005. Interesting part of Argentina & Chubut Province.

Thanks for your comment and interest in our blog. It did show up on March 14th! Sharon

Loved the part about their tail fins out off the water. It is almost like a reverse hydrofoil if they could achieve faster top speeds regardless of their buoyancy.

Too bad they were hunted down to so few.