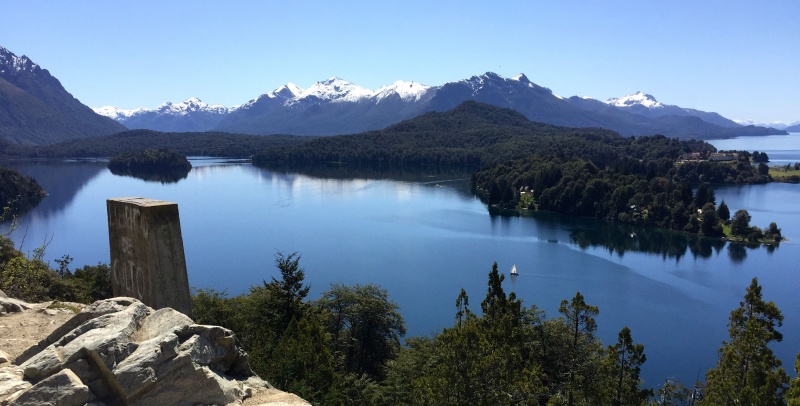 Near Bariloche in Argentina. © Sharon Lundahl

Fred and Sharon spent November of this year in Patagonia–that windswept expanse of flat lands and high mountains of southern Argentina and Chile. 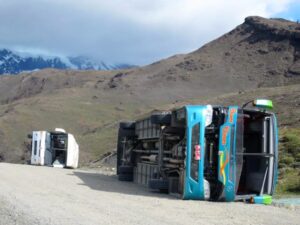 Why, our friends asked, did you go to a place not known for rugs or textiles and where, uncharacteristically, you can drink the water out of the tap?

Yes, Argentina is less “exotic” than our usual travel destinations, as Europe has been the main source of immigration and influence on the area.   Even though the population does look pretty much like Europe, and the food centers around red meat and potatoes, Argentinians have a special character of their own and they embrace this uniqueness with a passion. 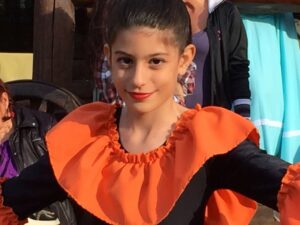 We traveled to Patagonia because we were curious … having never been to South America.   Second, there was spectacular scenery and wildlife to see, including some very unique whale-watching. (Whales are near and dear to our hearts, living on Whidbey Island).  We did find handicrafts to purchase and even managed to spot local textiles–horse saddle pads–to bring back to our store. 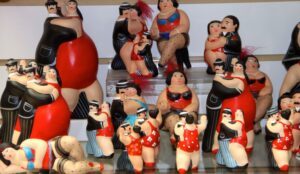 Argentina is a vast country, with terrain including the Andes Mountains, glacial lakes and vast grassland.  It is known for its tango, steak and football.  Although a high-income country, Argentina is now still recovering from political instability and economic crisis of past decades. 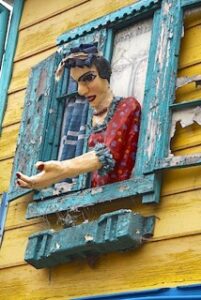 Chile is quite different from Argentina, due in part to the fact that their European settlers failed to conquer the independent Mapuche locals;  the immigrants have since assimilated those natives into their blood and population.   After years of bloody dictatorship, Chile is now a prosperous and stable democracy.

Our itinerary included some time in Buenos Aires at the beginning and end of our trip.  It’s an amazing place just to wander, among the different barrios (neighborhoods), ranging from historically old-fashioned, to exuberantly artistic, and to high-style modern.

The culture and music of this great city was just as impressive as expected, even if Fred’s usual routine purchase of a local musical instrument had to wind up being an indigenous flute from the Andes. 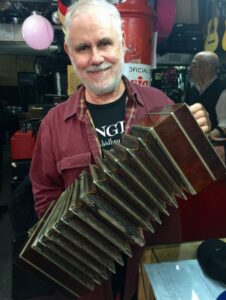 His hoped-for Bandoneon Tango accordion turned out to be just too expensive; the few examples we tracked down all cost in the thousands of dollars.

Our time in Argentina encompassed the presidential run-off elections, and we think the politics we observed there merit another blog.

As we sometimes will do when we have no knowledge about what is best to see in an area, we signed on with a small-group “Overseas Adventure Travel” (OAT) tour.  After that trip, we slipped away on our own to fly down to Argentina’s remote Peninsula Valdez for several days of whale watching.  This is the site of one of the first whale research stations set up in the late 1960’s to study endangered Southern Right Whales.  We had the opportunity to watch dozens of those amazing sea mammals. 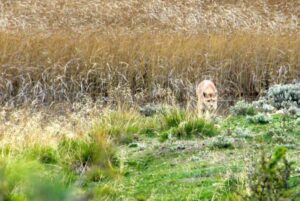 This UNESCO World Heritage Site is also famous for its resident orcas.  A bunch of these killer whales have learned to intentionally beach themselves (and, more importantly, unbeach themselves) to snatch seals and sea lions to eat.  We saw lots of the latter but none of the former during our short visit.  We will cover this in a later blog.

Patagonia, itself, in both Argentina and Chile, was simply amazing.  The southern Andes peaks and glaciers were breath-taking, as was the wildlife.  We even had the rare treat to see one of the few remaining Patagonia pumas up close…very close.  By the end of the trip we began to wonder why we had never volunteered to work in U.S. embassies in South America during our diplomatic careers. 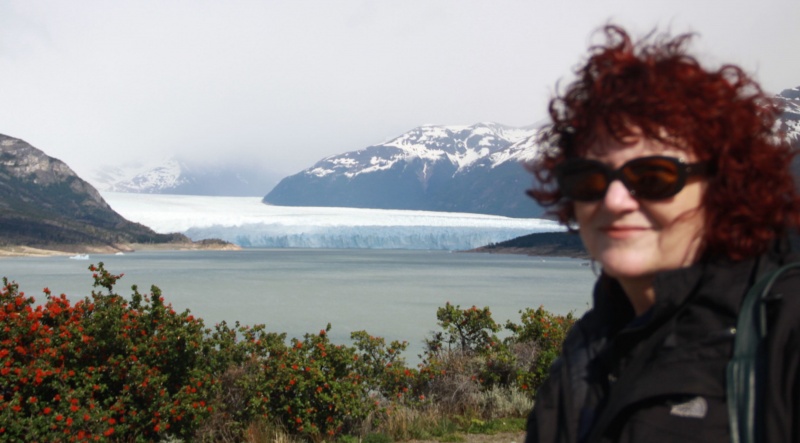 Wow. Another fabulous trip! Makes me want to go.

Thank you on Christmas Eve. I feel the beauty and the wildlife.
Great picture Sharon.

Sharon and Fred,
We respond to your post on Christmas Day as we gaze out upon magnificent Lake Villarrica and Villarrica Volcano from our home in Pucón, Chile. We agree that the beauty is stunning. We are so sorry that you had to bail out on coming to visit us! We are heading back to Patagonia, ourselves (Aysen, Patagonia Park, Laguna San Rafael….) in February while an American couple living in Peru rents our house and cabins for a big, blowout wedding celebration! It is truly remarkable that you saw a puma!!! Was that in Torres del Paine? Usually they see you, but not vice versa. We look forward to seeing the handicrafts that you brought back from the South of the World. Will you write another blog on Chile?

We are going to write a blog or two, but really didn’t see that much of Chile, not making it to Santiago.
I love Chile, and would like to make another trip there. Sharon

Yes, that was where we saw the puma, one of only 14 in the park. Another woman in the group got a video of the puma stalking some birds!

Lovely photo , Sharon,
Matt, Jodi, Jamie and Pam are going on our first trip to S A next January to Peru. there is so much to do there but are wondering if she should transit through another city for an extra day.
What a wonderful world of experiences. Just choosing is hard.
Happy New Year,
Pam

Thanks for your trip report and great photos. We too have been considering Patagonia as a destination, along with other Argentine and Chilean wine growing regions. Happy holidays! P and J

Marvelous report. Beautiful photos! Just returned from our yearly perusal of the Himalayas and tour of earthquake-ravaged Nepal. Lots to report. Stay tuned. I promise myself to visit Patagonia before I die. Better hurry up! Thannks, again, Meg

Sharon and Fred:
We loved seeing your blog on Argentina and Chile. We are leaving for BA the 19th of this month and you have made us more excited. We are especially excited to the beauty of Patagonia and would some day love to tag along with you two on your travels. Thanks also for the OAT tip.
Marlene

Enjoyed your posting! We are leaving for Patagonia for a long hoped for hiking adventure there
And then will enjoy revisiting your special place in the Island.. Still loving your carpets and art in PDX! Suzanne and Patrick Feeney in PDX

So enjoyed your posting and hope you brought back some treasures! Still enjoying our Music For the Eyes rugs and hangings and hope to return to the Island soon. We are headed to Patagonia for hiking adventures two weeks from now and will hope to take fine pictures like you shared. Suzanne and Patrick

Looks like a great trip Patagonia is on the list, hope we can make it. Thanks for the great blog and photos . See you in the new year.

« By Rail in Mongolia
Chile & Argentina »