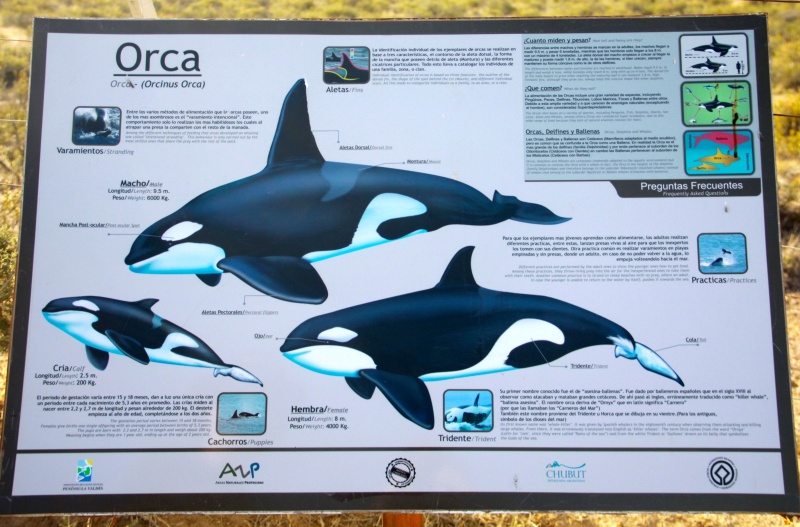 Poster of Orcas in Peninsula Valdes

Seeing the clever Orca “Killer Whales” of Peninsula Valdes has long been on our bucket list of things to do.  Our last blog talked about visiting the Southern Right Whales’ breeding grounds around Peninsula Valdes, and this second part centers on another fascinating whale-watching reason to stop here – – its unique Orca population.

In addition to Southern Right Whales and Orcas, the Peninsula Valdes  marine nature reserve, which is the highlight of the Atlantic coast of Patagonia, is also home to other beautiful creatures, such as elephant seals, fur seals, sea lions, Magellanic penguins, as well as the rhea (relative of the ostrich), the guanaco (related to the llama), the mare (like a large hare) and many more on the peninsula.  This is not even to mention the birdlife in the area. 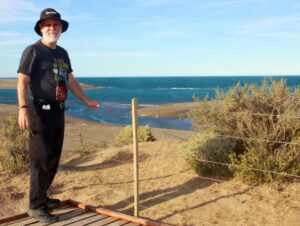 We stayed in the most amazing hotel in the Puerto Madryn area, the Territorio, which had stunning  sea views out across the bay from the bedroom and the bathroom.   Located out at the end of the bay on a road out of town, our hotel was convenient to the modern Puerto Madryn Eco Centro Whale Museum with its imaginative displays.

Orcas are found in every ocean in the world, and many populations have evolved hunting behaviors suited to their environment. 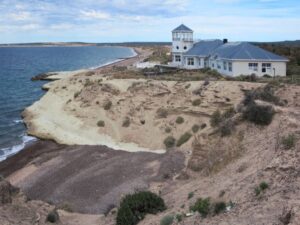 For example, some Orcas in Antarctic waters have figured out how to move together to generate enough of a wave to knock a seal or sea lion off a small ice floe.

Nowhere, however, have orcas developed a more fascinating way to hunt than in Peninsula Valdes, where about a dozen Orcas have figured out how to intentionally beach themselves to grab unsuspecting seals, sea lions and penguins.  Then, more importantly, they unbeach themselves and subsequently share their meal with other family members. 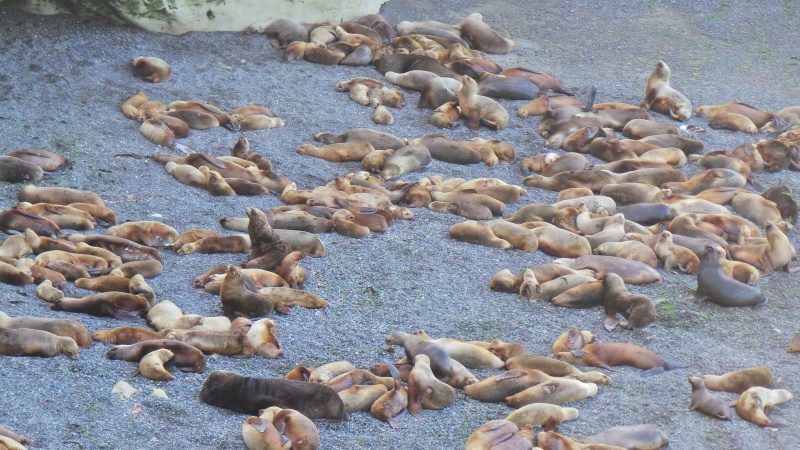 Filmed scenes of this incredible sight — a full-grown Orca driving itself up through the surf and onto a beach crowded with unsuspecting meals and then wiggling itself back off the beach into the water with a struggling seal in its mouth — are certainly some of the most exciting wildlife films that we have ever seen. 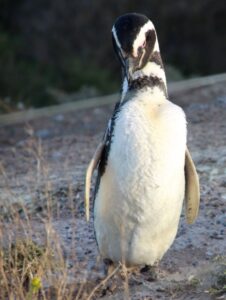 After Right Whale watching, we spent a fascinating, but fruitless, day visiting all of the locations on the Atlantic beaches of the peninsula where these Orcas are known to do their often-filmed beaching and unbeaching exploits.

We saw hundred of penguins on one beach, sea lions on another, and seals on a third, all crowded around the water’s edge, oblivious of the danger of becoming an Orca’s meal.  But alas, the local Orcas had been absent that week and didn’t appear that day just for two Orca-lovers from Whidbey Island. 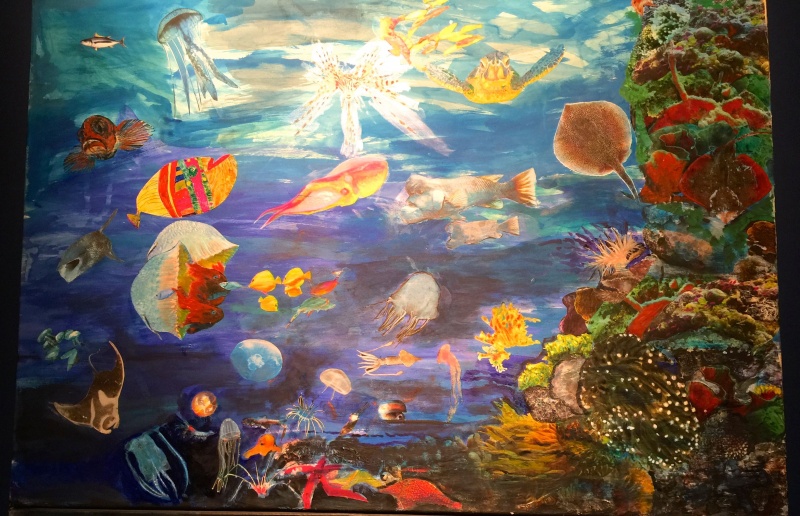 Our guide showed us the exact spots that the famous Orca photographers Andres Bonetti and Alberto Patrian  set their cameras up to record this incredible behavior …and gently reminded us that any 15 minutes of exciting wildlife film usually is edited from 15 days or more of sitting in one place waiting for some action to happen.  Shucks, we had forgotten that. 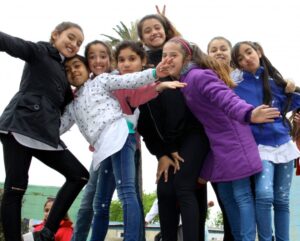 We did get to see lots of film of these unique behaviors at the Eco Centro and hear how these behaviors had developed among a select few male and female members of the larger local Orca population.

We mused at what possessed the first Orca to think it could launch itself out of the ocean and onto the beach to grab a meal…and then get itself back into the water.  Perhaps natural selection played a part, and the Orcas that remained stranded after grabbing a meal did not survive to pass on the behavior to the next generation.  All of these Orcas seem very comfortable in shallow water, but only a few routinely engage in this unique beaching behavior. 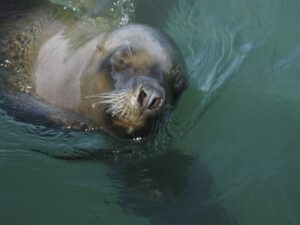 Finally we had to leave, missing another unique experience–that of meeting the famous Park Ranger Roberto Bubas, who has made friends with these Orcas.  He can be seen in innumerable videos standing waist deep in water stroking and talking to Orcas that hang around him like a pack of puppies.  He happened to actually be up in Washington State visiting our own Orca specialist Ken Balcom when we were down there.  The most memorable video of Roberto is of him standing in the water playing his harmonica to a bunch of entranced Orcas.

To see Roberto playing with his harmonica, dancing with the Orcas, and his comments on the communication between Orcas and humans, please click here:

We just will have to return again to Peninsula Valdes.

Enjoyed the video but not the orca carrying the seal; however, do understand.

Your reports are marvelous!! Great comments, great pictures, and an amazing, heartwarming video. Thanks, Meg

I love this film! We have so much to learn from nature. Thank you for this sensitive view of Orcas.

Wow….wonderful story, wonderful video. What a great adventure you and Sharon had, and thank you so much for sharing it.

Fred and Sharon: These are wonderful videos of marine life in Patagonia, especially of the Orcas. Thanks so much for sharing them with us. George and Anne (Seattle).

« Whales in Patagonia – Part One
The neatest place you have never heard of: Tajikistan »