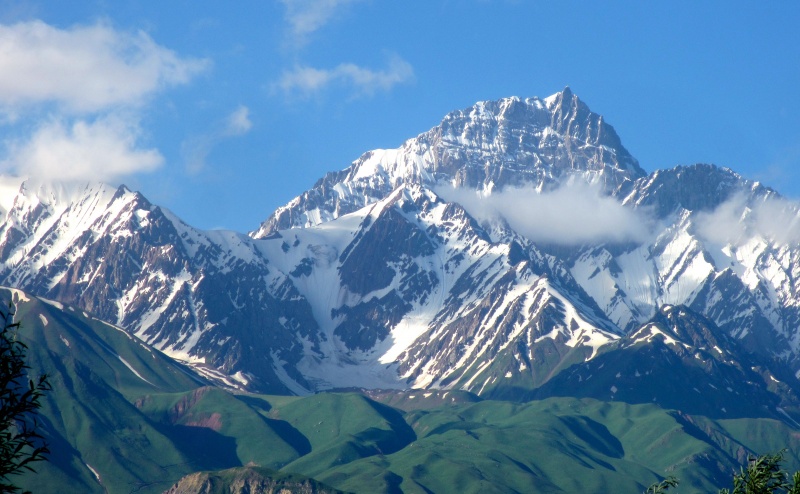 Why go to Tajikistan? 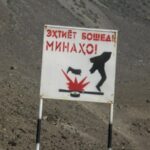 A Mine Field from the Tajik Civil War. © Jake Smith

Sharon’s country seemed like a happy Dr. Seuss country, while Fred’s was embroiled in a nasty civil war.   This conflict had transformed the USSR’s best mountain adventure destination into a no-go zone with landlines littering once-pristine trekking routes in the high Pamir mountains…home to numerous peaks over 6 and 7,000 meters. 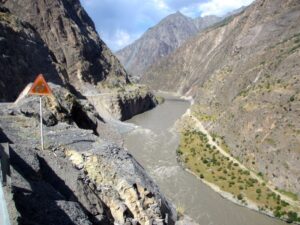 After peace came in 1997, the two of us often traveled in the Tajik hinterlands.   We took one memorable journey along Tajikistan’s border with the then Taliban-controlled Afghanistan and were escorted by armed security vehicles from the Tajik government.  Among the many Central Asian pictures in our shop are some heart-rending photos of  children dressed in rags living in this Wahkon corridor. 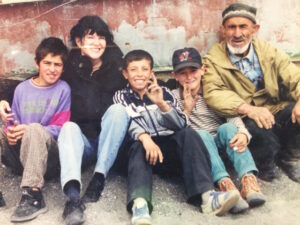 We made many good friends in those years.  We had stayed in touch, but never had a chance to visit again.  When a Seattle mountaineer friend expressed interest in investigating climbing opportunities in Tajikistan, Fred did not need much more urging to plan a trip back to see what changes 15 years had brought. 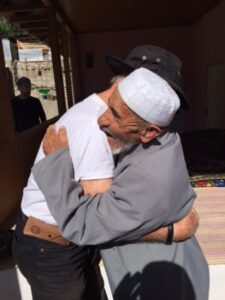 What Fred found in his three-week trip was the most amazing transformation of any country where we had formerly been posted as diplomats.  If Mongolia was the new adventure-travel destination a decade ago, Tajikistan is this decade’s new tourism discovery.  As a London newspaper wrote this spring, “the most amazing trekking destination you have never heard of…”

Even expecting tourists, Fred was surprised at the large numbers of tourists everywhere, especially solo travelers, bicycling or motorcycling or simply hiking 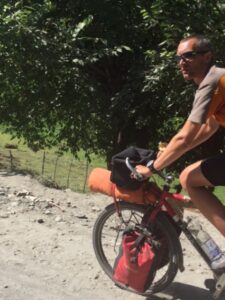 Bicycle Tourist in the Middle of Nowhere. © Fred Lundahl

throughout the country.  Although most were Europeans, Fred even met Israelis–a sure sign that it was a safe travel destination, even though it shares a long border with increasingly unstable Afghanistan.

Perhaps most interesting was the presence of numerous American college students.  The U.S. needs a new generation of diplomats and scholars who speak Persian or Farsi–the language of Iran. 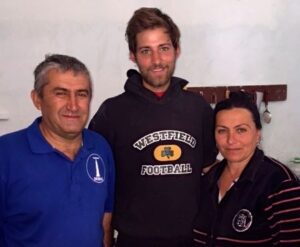 The best way to learn a language is by total immersion living in the language, and there are three countries where Farsi is spoken.  We wouldn’t want a son or daughter to go to immersion training in Iran right now.  We also wouldn’t want to send a child to study in Afghanistan.  The third Persian-speaking country is Tajikistan.  Tajik is still written in Russian script there, rather than Arabic, but hundreds of American college students are now attending language immersion programs in Tajikistan. 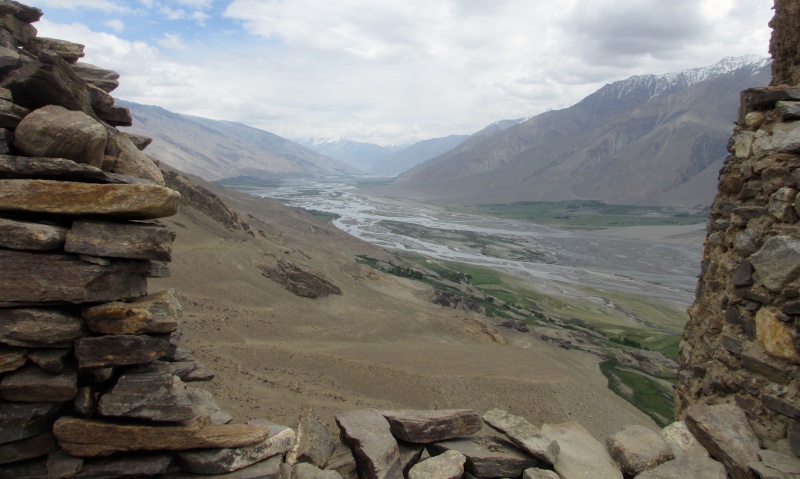 The Wakan Corridor from an Ancient Fortress. © Fred Lundahl

Fred/Sharon-
You guys are still the Energizer Bunnies! Good on ya.
JR

Always enjoy your sharing of travels.

Fred, nice story and cool photos!
Many of the “-stans” seem to have a national hat that identifies their country. Does Tajikistan have a hat that is unique to that country? Thanks for the update! All the best- HatDoc

Fred and Sharoon u have painted a wonderful changed Tajikistan. Happy to know about the improved secruity situation a d wish to continue onward.

Fred & Sharron, we so enjoy your news and hearing about your adventures. am still traveling but all in the mid-east, nice to hear of other places and people. living now in Scottsdale, Az. come see our new “world,” when you are traveling to the southwest. our very best, m&d

What a wonderful experience, Fred

I will send this to Don Nichoilson.

Happy to be on your email list. Am a member of STARS & have been to UZ & taught English in KZ in 2005. Your shop is wonderful & have taken many friends to it.

Sharon and Fred:
Loved hearing Fred’s talk last fall on your Argentina Trek.
If Fred plans do do one on this trip,please keep us posted. Also,
Any adventuresome hiking, Ron would love to go.
Marlene And Ron Frost

Fred you must have teflon knees, certainly ageless!

So nice to hear how things have been improving in Tajikistan since we saw it in 2013. The Tajiks were by far the most welcoming people we met in the ‘Stans.