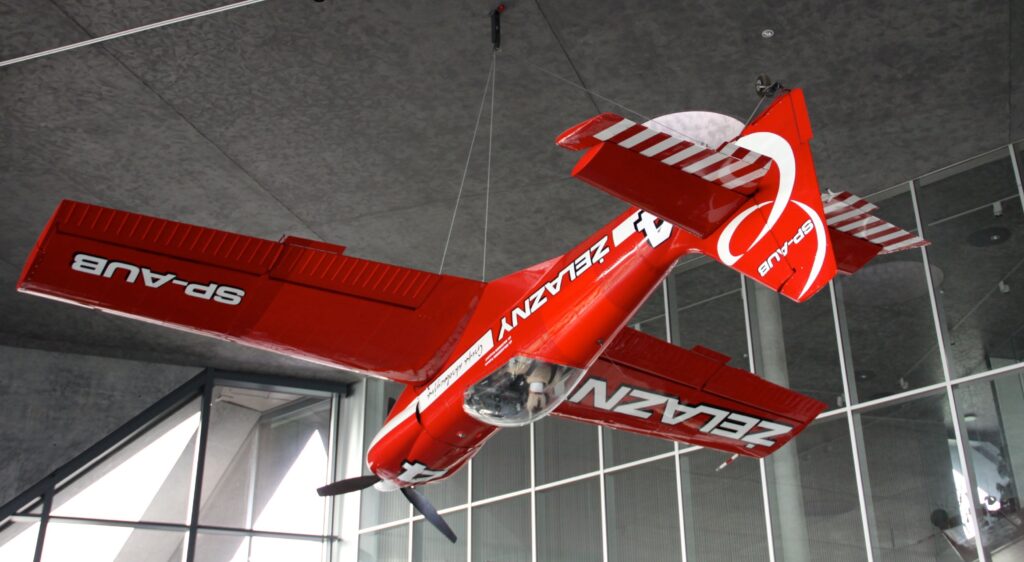 As an enthusiastic pilot, Fred seeks out aviation museums wherever he goes, and Middle Europe was no exception.  We visited the Czech and Polish museums of flight–both located on disused airports outside of major cities, and both not on your usual tourist routes. 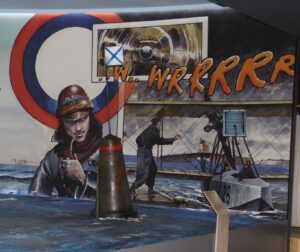 These countries, which played prominent roles in early aviation, continue to have robust light aircraft industries building their own airframes, but using American-built engines.

Fred had a chance to see the ZLIN aircraft that he flew in 1972 on his previous trip to Czechoslovakia…now on display in the “early modern aviation” section of the Czech museum. 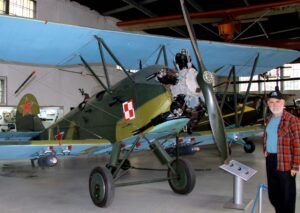 The museums were as well set up as ours, with displays in both local languages and English.  Even the layout of the museums was familiar–with big hangars housing early aviation and World War I displays.  Then followed hangars with World War II exhibits, and finally huge outdoor displays of Cold War-era planes. 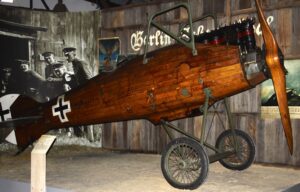 Here was the first noticeable difference–acres of MIGs and Soviet aircraft rather than more familiar F-86’s and F-100’s of American museums.  In the late 20th century exhibit halls, there was another subtle difference.  Scattered around the exhibits of Soviet era sport planes and gliders were a few small home-built handmade airplanes. 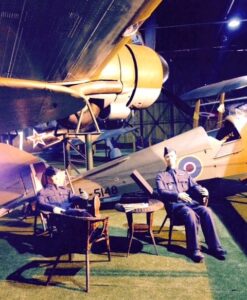 These were basement-built little single seaters made by people trying to escape to the west.  Sadly, if these little planes were on display here, it meant that their builders had not succeeded.  If they had, you would have seen the plans in Austrian or other western european air museums.

Perhaps the most interesting case was a “gyro-copter” built from plans in a smuggled Popular Science magazine.  The builder took off in bad weather (to avoid detection) to fly to Austria… only to become lost in thick fog.  The fog finally cleared enough for him to spot the border fence, and he managed to fly over it and land…back in Czech territory. He had actually first flown into Austria, but then got turned around in the fog. 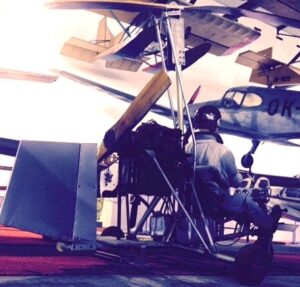 The Czech pilot spent two years in prison for the attempt, but the museum display showed a photograph of the smiling (now elderly) builder donating his little aircraft (see photo) to the Czech national air museum in 2000.

An example of the wonderful turnabout from communist rule to EU and NATO membership was a huge Vietnam-era American F-105 sitting in a prominent position in the courtyard of the Polish museum.  Painted on the side of the aircraft were the huge words, “The Pollack!”, and it had the Polish-American pilot’s name painted beside the cockpit. 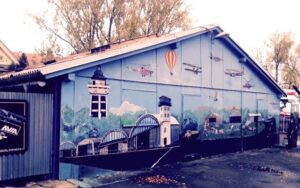 The display showed a photograph of the proud American second generation Polish immigrant donating his aircraft to his father’s country, with the U.S. Secretary of Defense shaking hands with his Polish counterpart, broad smiles all around.  A picture that is worth a thousand words!

The beer barrel fighter is my favorite. Beautiful plane.

Hi Sharon and Fred,
Just submitted my comments but apparently without success.
I thoroughly enjoyed this article. Personal glimpses added a lot too. Reminds me of the times I accompanied Dad flying around Everett and later to college in his Cessna Tri Pacer. He would have enjoyed these aviation museums so much. I miss him.
I always like reading your vignettes following your trips. Sandra

Just figured out how to “approve” comments, so they go on websites. All is OK.

Here in Wisconsin we have a pretty cool yearly EAA fly-in that might be of interest to you. Also, here in Palmyra (pop. 1781) we have a grass runway airport that people all over just love! The airport is less than a block away from my house! I love it. Melanie

You should come and see Canberra’s War Memorial where there is a Peter Jackson ‘doco’ on WW1 biplanes, a sound and light show on a Lancaster Bomber raid over Germany, a helicopter rescue in Vietnam plus lots of aeronautical relics from these wars.

Would love to do that. Maybe it will be in our future!

« Krakow, a Showcase of Culture
Hungary and American Football ! »