We traveled to Pakistan in order to see the far-northern Hunza Valley, and especially to visit our friend Didar Ali and his designers and weavers who make rugs for our shop on Whidbey Island.

We chose May to visit Hunza, as Google calendar predicted sunshine and clear skies every day.  Good flying weather is essential, as the area has 8 of the highest 20 mountains in the world.  Sadly, Google didn’t reckon with this El-Nino-year of unexpected rains and floods everywhere, including where we wanted to go.

Formerly called simply “The Northern Areas,” Gilgit-Baltistan Province has the only snow leopard sanctuary in the world, as well as huge peaks such as K-2, the second highest mountain in the world.  This isolated, remote area has fascinated westerners for many years.

In the 19th century, the “Great Game” for influence between Russia and England played out here, and writers like Rudyard Kipling brought the exotic area to readers through books like “Kim” and “The Man Who Would Be King.”

In the 20th century, our fascination continued with James Hilton picking the area as his site 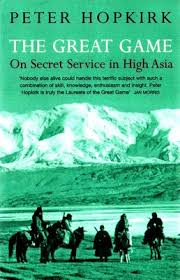 for the mythical Shangri-La in his book “Lost Horizons.”  More recently, the Hunza Valley showed up in Greg Mortenson’s school-building efforts in “Three Cups of Tea.”

During our trip, we were supposed to stay in the Hunza Serena Inn, in a magnificent setting with views of the Hunza Valley.  Located in the ancient town of Karimabad at the foot of Mount Ultar, the Inn looks down to green terraced fields and the Hunza River.

The central city in Hunza, Karimabad, is basically a town comprised of six villages as you come from Gilgit on the Karakorum Highway.  There is a bazaar known for colorful shops and local dried fruits such as dried apricots, apricot nut, almonds, walnuts and mulberries.  Most meals are supposed to include apricots in at least one of its many variations.

Near the bazaar is Baltit village and the recently restored Baltit fort and museum.  The architects who built the Baltit fort about 500 years ago were Tibetan artisans invited to the valley by the wife of the Mir (king) of Hunza.

Other sights we hoped to visit were the town and fort of Shigar, the village of Khaplu’s wooden mosques and Gilgit’s centuries-old Buddhist manuscripts.  We planned to take daily four-wheel-drive explorations and hikes in this fairy-tale land surrounded by beautiful rugged and snow-capped mountains.

We chose to go via Islamabad and hope for good flying weather, as this was the simplest and least expensive way to visit the Hunza Valley.  The other more expensive and elaborate way to reach Hunza is to fly to China and then drive from the western Chinese city of Kashgar (now called Karshi) up the Chinese-built Karakoram Highway and over the high Kunjerab Pass into Pakistan to the Hunza District.

We chose wrong.  We later learned that a tour group of foreigners successfully visited Hunza a month later by driving in from China and seeing the sights we missed.  Oh well, maybe next time…

Stay tuned for the next blog, which will tell you about Didar Ali’s weaving cooperative.

What about your safety? How can Americans travel in Pakistan.

I live in Issaquah and have had the pleasure of meeting both of you. I have bought a number of items from your store including berks (sp).

If there is another attempt to visit Hunza and you are looking for friends to travel with we will be very interested. Always wanted to get to Shangri -La! Bronwyn

It sounds like that u were there. appreciate the great information about Hunza. looking forwrad for more plz.

Hi Sharon and Fred,
This was especially interesting for me; now I understand why you wanted to go; of course most places in the world have fascinating aspects, at least for me. Also, I would enjoy traveling with you on the next attempt; perhaps, we could form our own tour group.

I am suppose to leave for Israel and Jordan in October; hope the turmoil settles soon in that area. Who wins? No one. Only people lose their loved ones – sad. And the area, which took so long and much work to build, is demolished.

This summer seems to be going faster than usual. We have had quite a spell of very hot weather; it would be nice to have a reprieve.

Hi to Mike and Sue.

« Islamabad the Beautiful
The Story of Rugs from Hunza »