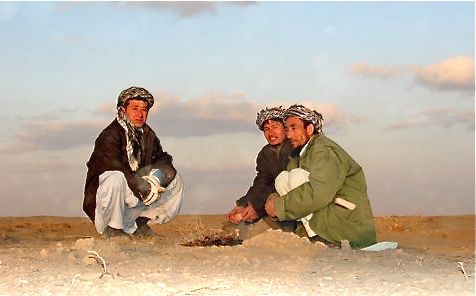 Hakim, Bay Murad and Assad Warming Up in the Desert. © Peer Nazar Turkman

Of course, I don’t know what all Afghans think, but I have been surprised by the political views of one Afghan friend, Peer Nazar Turkman.   Peer Nazar is a successful businessman who buys and sells beads, jewelry and other Afghan things both in Afghanistan and in Peshawar, Pakistan. 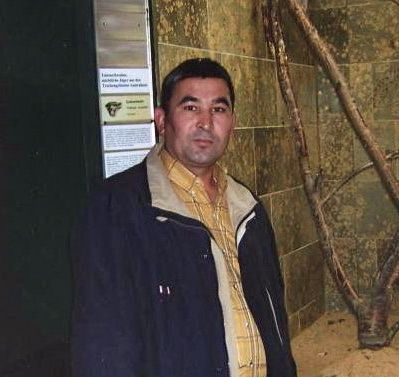 I have dealt with him for a number of years via email and have found him frank and perceptive.

Peer Nazar took the pictures here in Balkh Province, Qultaq Village, of north-western Afghanistan.  Looking at the map of Afghanistan on the opening page of this email, see that this village is north of Mazar-e-Sharif, closer to the border with Uzbekistan.  It is south of the Amu Darya, the Oxus River of 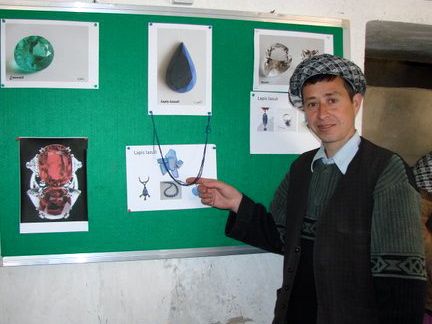 Proud of the Products They Make. © Peer Nazar

antiquity.   Mazar-e-Sharif, the capital of Balkh Province, is the 4th largest city of Afghanistan, with a population of more than 300,00 (2006 estimate).   By its location, you can see that this village is far from the areas of strongest Taliban influence in the south.

Peer Nazar has described the lives of the people who work here to us.  These Afghans are all beadmakers, and they are all ethnic Turkmen.  They make small beads of lapis lazuli, turquoise and agate… in the sizes of .05mm,  2mm, 3mm, 4mm, tube cylinder beads and round facet-cut styles. 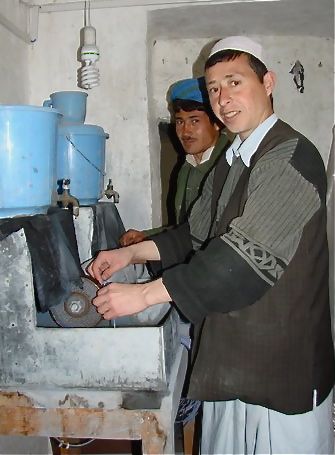 Peer Nazar explained that during the Taliban occupation these people suffered under terrible living conditions, but that now 80 percent of them are doing well.  They are able to sell their products to people such as Peer Nazar,  who exports to shops, including Music for the Eyes in Washington State.

Peer Nazar says that the Afghans he knows–including all in this village–are supportive of the presence  of foreign troops in Afghanistan…”because now there are no killings, no thieves and no weapons…. 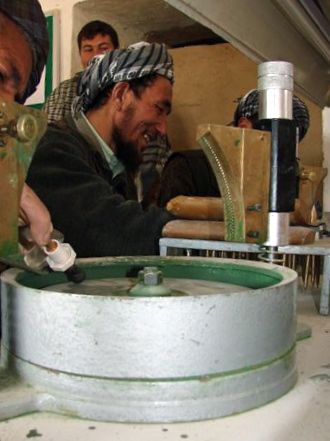 and now everyone has a job.”

The men shown here in the top picture—Hakim, Bay Murad and Asad—are hard workers and earn from about $150 to $300 a month, which allows them a good life.    The three men support 16 people in total.

Panjagha, in another picture, is about 50 years old.   In addition to being the security guard, he makes small statues from lapis lazuli such as those shown in his photo. 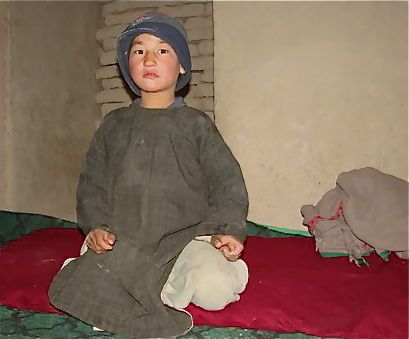 The young boy is Door Mamad.  He is the son of the bead-maker Hakim.  Door Mamad is 10 years old in Class 4 at school, and helps his father at work after school.

I learned also that Qultaq village benefits from help from a German foundation called GTZ, which provides emergency aid and sustainable development assistance to Afghanistan.  GTZ gave the Afghans their machines and tools, rent a house they use for their work and provided a tent they use for lunch and instruction. 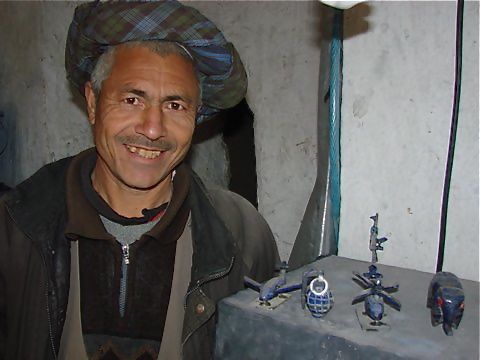 Even though I would not try to predict the future, I can conclude that in this one small part of Afghanistan, NATO troops have surely changed these lives for the better.  These people have hope and have learned how to support themselves. 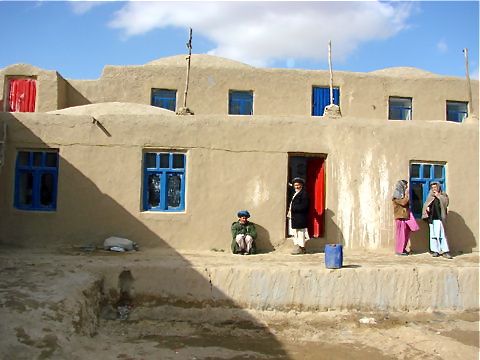 thanks for the enlightening input from a part of the world most of us will never know or understand… it’s always good to see faces from around the world, and hear stories of those working to better themselves (which is actually more than we can say about so many Americans these days)!
Cindy

Sharon and Fred,
thanks so much for sharing your generous world view.
We all benefit. You’re the best.

thanks for your posts. We all benefit.

Thank you… It is lovely to know that there are faces and people behind the beads in Music for the Eyes. It is this kind of thing that makes the store’s energy so wonderful and magical.

What can say it’s exellent.

Glad to know that some of the people in the coiuntry have benefited from the NATO & US involvement.

Great article! I recently purchased a war rug at the shop on Whidbey to present to rural Kansas art students, these articles help broaden their world view in an area where information on Middle Eastern cultures is calloused and hard to attain.

What a wonderful article. We all need a little reminder to keep an open mind of other cultures and the people of the world. Thanks for sharing.

Thank you for putting this together. Truly eye-opening for me. Inspirational. I would add: I, too, am gladdened by news of positive results when people have been trying to support their fellow humans.

Thank you for sharing the lives of people so far away and not well understood in the US.

I hope this will encourage others to travel. I believe it is the most effective way to ever find more peace in the world, especially for the next generation.

“The world is a book,
and those who do not travel,
read only a page”
-Saint Augustine

Every weekend i used to pay a visit this site, because i wish
for enjoyment, for the reason that this this site conations truly pleasant funny
information too.

« Nowruz Festival: Forbidden in the USSR
Summer in Langley »